Broken Hill is credited with transforming Australia from a pastoral backwater into a modern industrial nation. Valuable metals and minerals gave the city a strength that supported Australia through two world wars, two global depressions and endless social change. 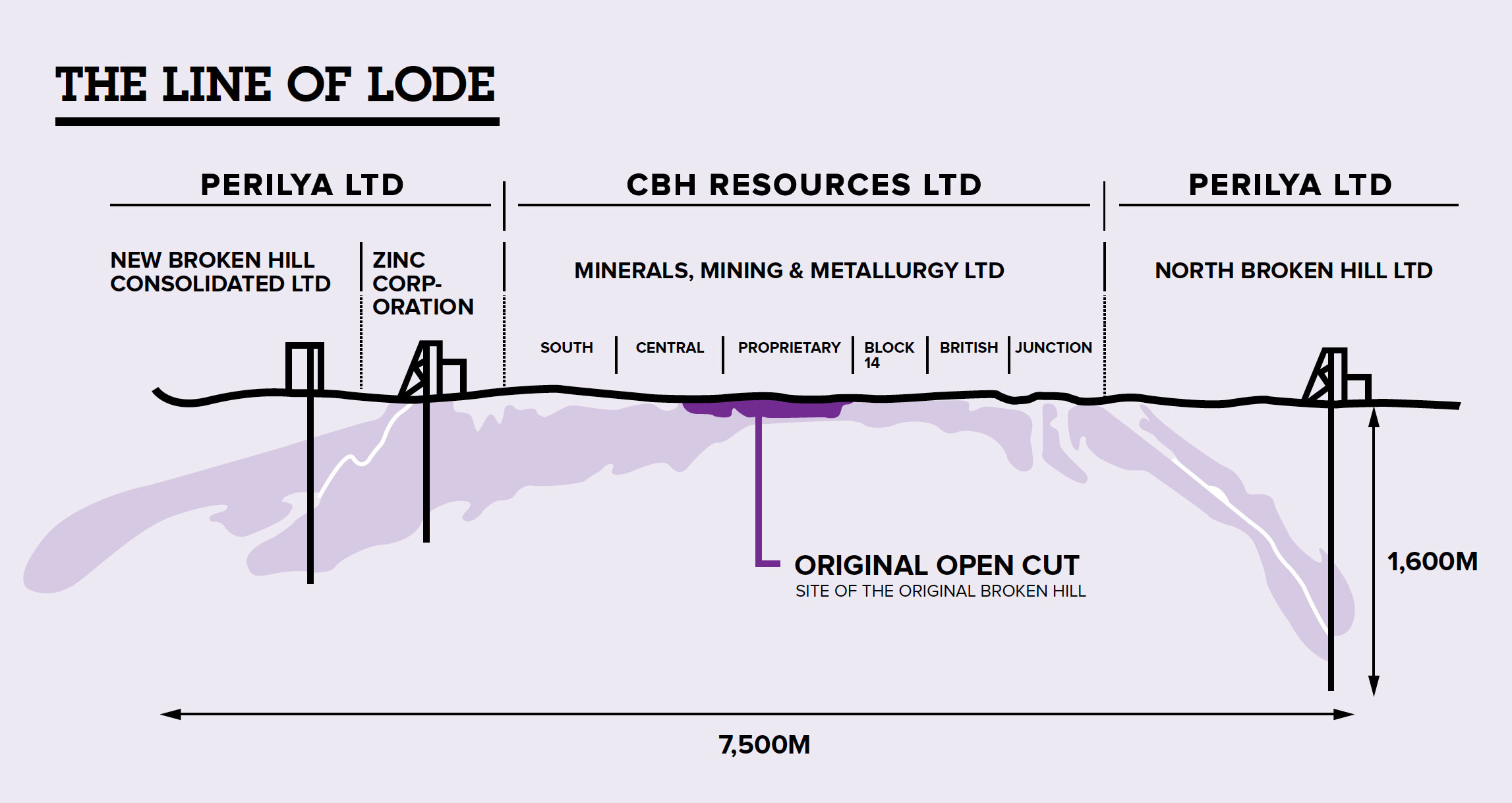 Broken Hill is Australia’s longest-lived mining city. The city’s fortunes have come and gone against an extreme economic background of boom and bust which continues today. Most Australians know BHP Billiton, the world’s largest mining company, but fewer people know that BHP actually stands for Broken Hill Proprietary Company Limited. Broken Hill is where it began for BHP in 1885, when it began mining the massive ore body containing the world’s richest source of silver, lead and zinc. The ‘Syndicate of Seven’ – the men from Mt Gipps Station – put the city on the map when they discovered ore on an isolated ‘broken hill’ in 1883. That same ore body became the largest single source of silver, lead and zinc ore ever discovered on earth, generating over $100 billion in wealth.

As close as you can come today to the tough working conditions underground is by touring the Day Dream Mine, located 33km from Broken Hill near Silverton. Visitors go down in safety and relative comfort, but the tour offers enough of the real thing for you to be aghast at the harshness of the life miners once led.

The legacy is writ large on the Miners’ Memorial. Its striking contemporary architecture and view over the city add emotional weight to the list of more than 800 miners who lost their lives on the job. The dump truck (two small trucks) nearby adds further weight as a memorial to the only two miners still entombed. Take a moment to read the poem inscribed on it.

The dump trucks and the Miners’ Memorial are sober reminders of why Broken Hill pioneered a culture of trade unionism, including the introduction of the 35 hour working week and the defeat of conscription in Australia.

For a sense of going underground without actually going under, visit White’s Mineral Art and Living Mining Museum on Allendale Street. A visit to the museum will take one on an illustrated journey through the architectural and mining history of the city. Bushy White’s mineral paintings are complimented with many rare mining artifacts, underground memorabilia and models of mine sites.

In the late 1800s, safety in the mines was considered the sole responsibility of the workers themselves. As a result, they existed in intolerable conditions; breathing silicon-laden dust underground or the lead fumes of the smelters. Many died of miners’ phthisis or of lead poisoning. Massive attempts were made to improve working conditions, including a large strike in 1892 which was brutally put down by the mine bosses. While many miners lost faith in unionism as a result, an absolute distrust of mine owners became entrenched for generations.

When trade unions regained influence during the next century, this bitterness flared into open, unrestrained hostility, making Broken Hill notorious for the frequency and intensity of its strikes. A legacy of this militancy is presented in the Trades Hall and in murals on walls of prominent buildings in central Broken Hill.

Galena and Sphalerite are the natural mineral deposits which Broken Hill was founded around. Galena contains lead and silver, Sphalerite contains zinc. Broken Hill has more trucks and sets of traffic lights underground than it does on the surface. The mare called Auraria which belonged to David James, one of the original members of the Syndicate of Seven, won the Melbourne Cup in 1895.